Dhamma Nadī - (River of Dhamma) is an upcoming Vipassana Meditation Centre in Udupi District of Karnataka in India.

Vipassana which means to see things as they really are, is one of India's most ancient techniques of meditation. It was taught in India more than 2500 years ago as a universal remedy for universal ills, i.e., an Art of Living. For those who are not familiar with Vipassana Meditation, an Introduction to Vipassana by Mr. Goenka and Questions & Answers about Vipassana are available.

The technique of Vipassana Meditation is taught at ten-day residential courses during which participants learn the basics of the method, and practice sufficiently to experience its beneficial results. 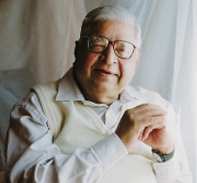 Mr. S.N.Goenka was born in Mandalay, Myanmar (Burma ) in 1924, in a business family of Indian origin. Mr. Goenka was a successful entrepreneur even at a young age, eventually establishing sugar mills, textile factories with more than 1,000 employees and import-export firms with offices around the world. He became one of the country’s wealthiest businessmen. By the age of 30, he was elected president of the Yangon (formerly Rangoon) Chamber of Commerce, apart from heading many social, educational and cultural organizations. Relocating to India, he began teaching Vipassana in 1969, where for a few years, he regularly spent ten days teaching and twenty days working at his business office in Mumbai. From 1979 onwards he also started giving courses outside India, notably in Sri Lanka, Thailand, Nepal, France, England, North America, Japan, Australia, and New Zealand. All of these countries today have one or more centres.

Mr. Goenka, who for most of his life worked as a prominent international businessman based in Myanmar and India, was a keynote speaker on the subject of Spirituality In Business at the World Economic Forum in Davos, Switzerland in January, 2000, addressed the World Peace Summit held at the United Nations in August, 2000 and was the keynote speaker at the Spirit in Business Conference ("SiB") held in New York City in April 2002.